From the Jim Crow era to the modern-day Black Lives Matter movement, black creators have used their art to discuss topics like racial inequality and white privilege, as well as celebrate Black communities and experiences. Since Asadata Dafora first brought African dance rituals to the Western stage in 1931, Black choreographers have created works that spotlight their community’s culture and confront issues such as racism, violence, and prejudice. Through a series of posts over the next several weeks, we will be shining the spotlight on Black choreographers who have made notable contributions to the modern-day repertoire, as well as a few of their dances that speak to the heart of the Black Lives Matter movement. The Performing Arts Center, Purchase College is committed to amplifying the work and voices of artists of color today and permanently moving forward. 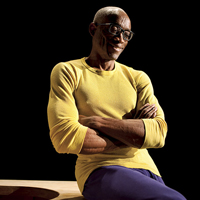 Choreographer, director, dancer and writer Jones has received a National Medal of Arts, a Kennedy Center Honor, Tony Awards, a MacArthur Fellowship, and more. He founded Bill T. Jones/Arnie Zane Company; in 1982 with his partner Arnie Zane who died of AIDS-related lymphoma. He is currently the Artistic Director of New York Live Arts and many of his 130 choreographed pieces have tested the boundaries of modern dance with activist topics.

Fondly Do We Hope… Fervently Do We Pray (2009)
Explores the life and legacy of Abraham Lincoln, through the lens of a young Bill Jones growing up during the civil rights movement. Raises questions on Lincoln’s role in modern day American race relations, civil rights, freedom and equality and envisions the America that might have been if he had completed the Reconstruction.
https://newyorklivearts.org/event/fondly-do-we-hope-fervently-do-we-hope-2009/

Analogy/Lance: Pretty aka the Escape Artist (2016)
The second part of Jones’s Analogy Trilogy tells the story of Jones’ nephew Lance Theodore Briggs, a former dancer, model, songwriter, and male escort, and his struggle with addiction and recovery. In 2017, The Bill T Jones/Arnie Zane Company performed this piece at the Performing Arts Center as part of a 3 week residency. During this time, students in the Purchase College Conservatory of Dance took master classes, observed company rehearsals, and even apprenticed with the company following their graduation.
https://www.youtube.com/watch?v=XLyp3YdAZjg

Still/Here (1994)
Explores the experience of receiving and living with a life-threatening medical diagnosis, rooted in Jones’s responses to being diagnosed HIV-positive. https://vimeo.com/33288787 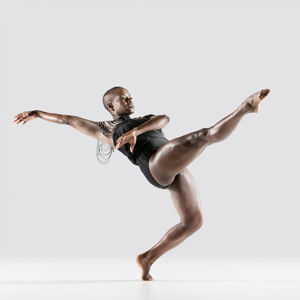 Choreographer, educator and recently retired member of Alvin Ailey American Dance Theater, Boykin has garnered many awards and honors including for her works including a Bessie award and an Urban Bush Women Choreographic Center Fellow. Prior to dancing with Ailey, she danced with Philadanco, The Philadelphia Dance Company, and was an original member of Complexions Contemporary Ballet.

June 10th should have marked Boykin’s final performance with Alvin Ailey American Dance Theater after a 20 year career with the company. She plans on continuing to choreograph and is the artistic lead of Kennedy Center Dance Lab. Many of her works incorporate her own writing including We Dance, a recent Ailey video responding to the death of George Floyd and the Black Lives Matter movement.

r Evolution, Dream (2016)
Inspired by the sermons and speeches of Dr. Martin Luther King, Jr. this ensemble piece is set to new music composed by Ali Jackson of the Jazz at Lincoln Center Orchestra and narrated spoken word by Leslie Odom, Jr., who won a Tony for playing Aaron Burr in “Hamilton.” https://www.youtube.com/watch?v=83VtKx5bo_I

Read other posts in this series: https://www.artscenter.org/2020/07/spotlight-on-black-choreographers-2/