I’m thrilled to celebrate The Performing Arts Center by honoring Chris Clark and Kyle Abraham, because these two remarkable individuals are a perfect example of the great journey our organization has traveled and continues to travel. Mr. Clark is the caliber of board member we rarely find these days and has supported us through thick and thin to get us to a place where we have the audience and support in place to welcome prominent artists like Mr. Abraham, whose artistic and educational contributions to Purchase are immense. 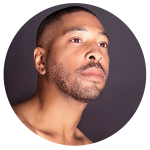 Recently featured in O, The Oprah Magazine, Kinfolk, and Vogue Italia, 2018 Princess Grace Statue Award recipient and Lincoln Center Education Artist in Residence, Kyle Abraham is a 2013 MacArthur Fellow and 2016 Doris Duke recipient who began his dance training at the Civic Light Opera Academy and the Creative and Performing Arts High School in Pittsburgh, Pennsylvania. He continued his dance studies in New York, receiving a BFA from Purchase College SUNY, and an MFA from NYU Tisch School of the Arts, an honorary Doctorate in Fine Arts from Washington Jefferson College, and is currently serving as a visiting professor in residence at UCLA. Mr. Abraham is the founding Artistic Director of A.I.M, an American contemporary dance company, created to honor his history, experiences, and artistic interests.

Rebecca Bengal of Vogue writes, “What Abraham brings to Ailey is an avant-garde aesthetic, an original and politically minded downtown sensibility that doesn’t distinguish between genres but freely draws on a vocabulary that is as much Merce and Martha as it is Eadweard Muybridge and Michael Jackson.”

Abraham received a prestigious Bessie Award for Outstanding Performance in Dance for his work in The Radio Show and a Princess Grace Award for Choreography in 2010. The previous year, he was selected as one of Dance Magazine’s “25 To Watch” for 2009, and received a Jerome Foundation Travel and Study Grant in 2008.

In addition to performing and developing new works for A.I.M in 2019, he also choreographed and premiered “The Bystander” for Hubbard Street Dance Chicago, “Only The Lonely” for Paul Taylor American Modern Dance Company and “Ash,” a new solo work for American Ballet Theater Principal Dancer Misty Copeland, to rave reviews.

Other commissioned works include; “Untitled America,” a 3-part commissioned work for the Alvin Ailey American Dance Theater in 2016, “The Runaway” for New York City Ballet in 2018, “The Serpent and The Smoke,” a pas de deux for himself and former New York City Ballet Principal Dancer Wendy Whelan as part of Restless Creature, and choreography for the feature-length film The Book of Henry by acclaimed director Colin Trevorrow.

In 2011, OUT Magazine labeled Abraham the “best and brightest creative talent to emerge in New York City in the age of Obama.” 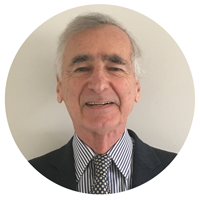 After graduating from Harvard College in 1962 and earning an M.A. in English Literature at Georgetown University in 1967, Christopher Clark’s early employment was as a teacher at the Harvey School in Katonah, NY; a salesman at Little, Brown and Co. publishers in Boston; and as a research analyst at H. C. Wainwright on Wall Street.

In the late 1970’s, Mr. Clark established Great Performance Tours in New York, where he continues as the active President and owner. He and his staff organize and lead approximately forty specialized tours every year to the major opera and music festivals throughout Europe, the U.S., and South America.

Mr. Clark is a former General Manager of the Spoleto Festival (USA) and the former National Chairman of the Metropolitan Opera’s National Council Auditions. He has also served as Vice President of the Board of Rye Country Day School, and he has served on The PAC’s Board for 15 plus years. The PAC’s Artistic Director Christopher Beach invited him to be the first new Trustee and to assist him in expanding the Board.

Mr. Clark is an avid tennis player and skier, a devoté of great literature, and an enthusiastic patron and follower of the NY performing arts scene. He has been married to his wife Eloise (Bunny) – a talented artist and muralist – for nearly fifty-five years, with three children, eight grandchildren, and large families on both sides. As one of nine children, Mr. Clark’s own parents’ direct descendants now number more than 120 relatives.

Mr. Clark is a member of the Knickerbocker Club, the NY Athletic Club, and Manursing Island Club in Rye, where he and Bunny have lived in the same house for more than forty years. He is grateful to The Performing Arts Center for enriching the cultural and social life in Westchester County.