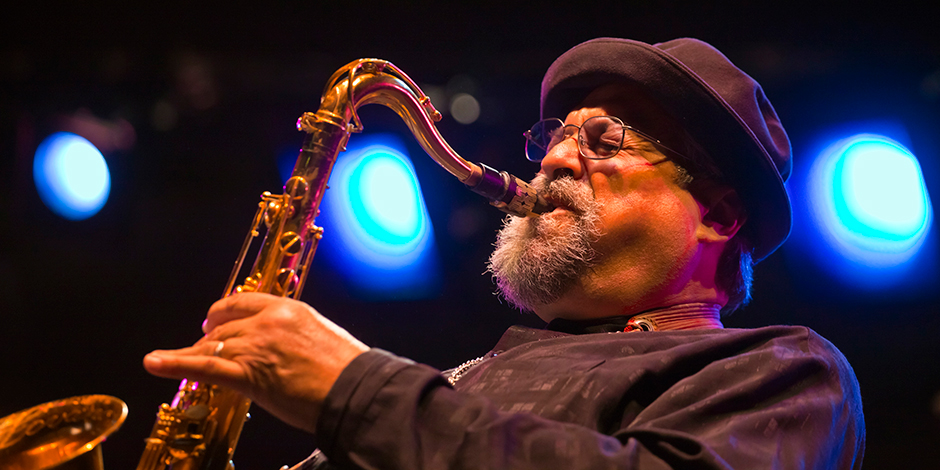 This is the 100th anniversary of the birth of American legend, Leonard Bernstein, and tributes abound. But, at Purchase, we have the talents on board to present perennial poll winner and Jazz star Joe Lovano as headliner in a concert featuring homegrown arrangements of The Maestro’s music by pianist and Head of Jazz Studies at Purchase College, Pete Malinverni, and featuring performances by some of our award-winning faculty and rising stars from among our Jazz Studies students. Be on hand for this singular celebration!

A Conversation with Joe Lovano
Join us at 7pm in the Upper Lobby for an informal pre-concert chat with Joe Lovano, Pete Malinverni, and PAC Director Seth Soloway. Free with your ticket.

Grammy Award winning saxophonist and composer Joe Lovano stands alone at the vanguard of large and small group jazz. From his Grammy Award-nominated work with the WDR Big Band & Rundfunk Orchestra, Symphonica, to his role as Gary Burton Chair of Jazz Performance at Berklee College of Music, the Cleveland native fearlessly challenges and pushes the conceptual and thematic choices he makes in a quest for new modes of artistic expression and new takes on what defines the jazz idiom. Lovano has also won awards for Multi-Reeds Player and Tenor Saxophonist of the Year from the Jazz Journalists Association and Tenor Saxophonist of the Year from DownBeat Magazine.