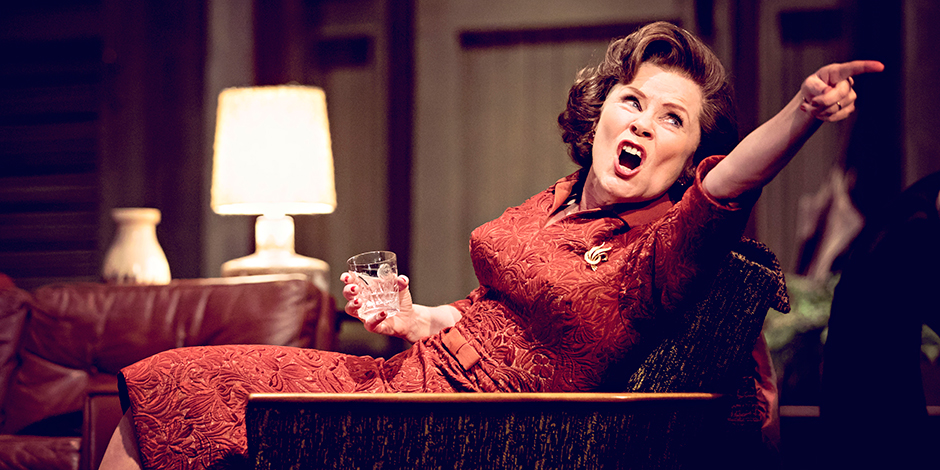 In the early hours of the morning on the campus of an American college, Martha, much to her husband George’s displeasure, has invited the new professor and his wife to their home for some after-party drinks. As the alcohol flows and dawn approaches, the young couple are drawn into George and Martha’s toxic games until the evening reaches its climax in a moment of devastating truth-telling.

««««« ‘Imelda Staunton is at her magnificent best. A first-rate revival of an astonishing play.’ The Guardian

IMPORTANT NOTE:
This screening will take place in the Humanties Theatre, located in the Humanities building on the Purchase College campus.

Experience the best in British theatre on the big screen, right here at Purchase College! National Theatre Live productions are filmed in front of a live audience, with cameras carefully positioned to ensure that cinema audiences get the ‘best seat in the house’ view. They are rebroadcast throughout the world.