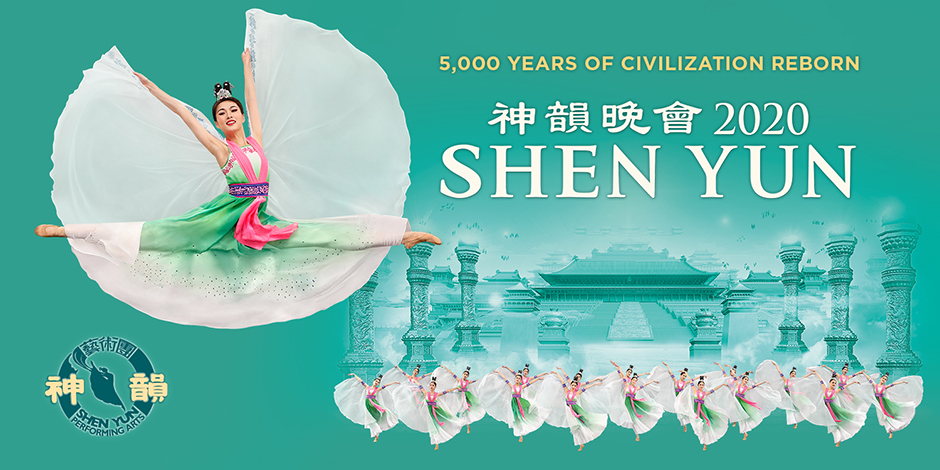 An enlightening journey through 5,000 years!

SHEN YUN presents an epic production that expands the theatrical experience across time and space. We invite you on an inspiring journey into one of humanity’s greatest treasures — five millennia of Chinese civilization.

Enter a world where philosophers and poets sought harmony with the Tao, or the “Way” of the universe, where maidens danced with ethereal grace and warriors trained with explosive vigor, where timeless tales of valor and virtue were born, where heaven and earth connected to inspire hope for humanity.

Traditional Chinese culture – with its deep spiritual roots and profound worldview – was displaced by communism in China. While Shen Yun cannot perform in mainland China today, we are reviving this precious heritage and sharing it with the world.

“It is breathtaking! I am walking away deeply inspired and profoundly moved!”
—Rita Cosby, Emmy Award-winning journalist

“There is a massive power in this that can embrace the world. It brings great hope… It is truly a touch of heaven.”
—Daniel Herman, former Minister of Culture of the Czech Republic

“Five stars! I have reviewed about 4,000 shows since 1942, none can compare to what I saw tonight.”
—Richard Connema, theater critic

“You understand thousands of years of culture through dance. The show was just a complete education to the culture, to the history of China.”
—Doug Raetz, CEO of True Capital Management

“I was uplifted; I was filled with hope… The world is a better place because of Shen Yun.”
—Richard Swett, former U.S. Congressman

“I encourage everyone to see and all of us to learn from.”
—Donna Karan, creator of DKNY (New York)

“Go see it to believe it, because otherwise, you are going to miss the most important thing in your life.”
—Joe Heard, former white house photographer who watched Shen Yun 5 times.