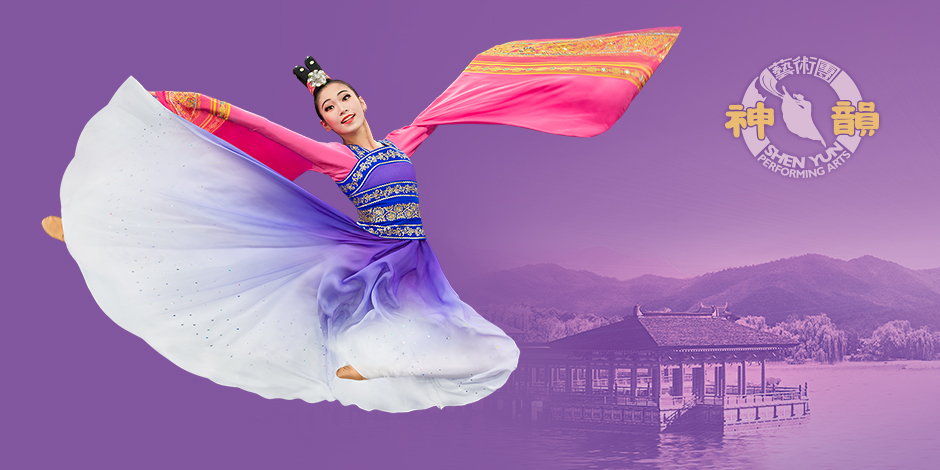 Take an enlightening journey through 5,000 years!

This epic production immerses you in stories reaching back to the most distant past. You’ll explore realms even beyond our visible world. Featuring one of the world’s oldest art forms— classical Chinese dance—along with patented scenographical eﬀects and all-original orchestral works, Shen Yun opens a portal to a civilization of enchanting beauty and enlightening wisdom.

Traditional Chinese culture—with its profoundly optimistic worldview and deep spiritual roots— was displaced by communism in China. Today, only the New York–based Shen Yun is keeping this precious heritage alive on stage. And it’s an experience that will take your breath away.

“Exquisitely beautiful. An extraordinary experience for us and the children.” — Cate Blanchett, Academy Award–winning actress

“Poetry in Motion… Priceless… It is food for my heart and soul… it was something that I will keep in my heart. “ —Siegfried & Roy, Masters of the Impossible

“There is a massive power in this that can embrace the world. It brings great hope… It is truly a touch of heaven.” —Daniel Herman, Minister of Culture of the Czech Republic

“I was uplifted, I was filled with hope… The world is a better place because of Shen Yun.” —Richard Swett, former U.S. Congressman

“Everything was larger than life. It’s one of the happiest evenings of my life. All my cares just disappeared, and I became one hundred percent positive thinking.” —Nancy Brock, former actress, associate producer

“I encourage everyone to see and all of us to learn from.” — Donna Karan, creator of DKNY (New York)

“Go see it to believe it, because otherwise, you are going to miss the most important thing in your life.” —Joe Heard, former white house photographer who watched Shen Yun 5 times.