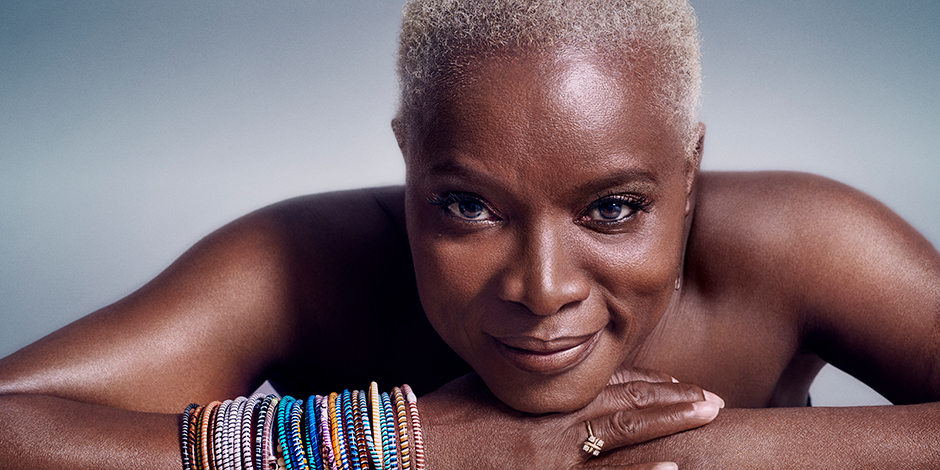 A Conversation with Angélique Kidjo
Artist As Activist: A Passion for Freedom and Social Justice
Saturday. September 29, 5pm

“I believe music is a language beyond the color of skin, country or culture. I want to inspire people to work to help educate, nourish and protect our children.” – Angélique Kidjo

With conviction, humor, and perhaps a song or two, three-time Grammy Award-winning singer, activist, and humanitarian, Angélique Kidjo discusses the responsibility of artists to use their platform for social justice, the many ways in which we can all give back, and the enormous impact each of us can make in the world.

Angélique Kidjo was named one of The Guardian’s 100 most inspiring women in the world, was the first woman to appear on Forbes’s list of the Most Powerful Celebrities in Africa, and is included on the BBC’s list of Africa’s 50 most iconic figures.

As a UNICEF Goodwill Ambassador, Kidjo travels the world advocating on behalf of women, children, and human rights. In 2007, she founded the Batonga Foundation to provide secondary education for girls across Africa and empower the female leaders of tomorrow. From Fair Trade initiatives and curbing climate change to urging a ceasefire in war-torn Sudan, Kidjo has proven that artists can be the best agents for change with their unbound imagination and unique way of envisioning the world.

Join Angélique Kidjo, (T)HERE Festival organizers, and VIPs for a post-show reception. Tickets can only be purchased in combination with a ticket to Artist As Activist.

Mixing voodoo rhythms and traditional songs, electronic melodies in piquant Beninese style with trip pop grooves, hip hop, and rock, this collective of Beninese artists will be making their U.S. premiere right here at The PAC.
The music of Benin was born from voodoo worship dances; it is the source of major musical currents of the 20th century, from jazz to rock through blues, gospel, Afrobeat, rap. It is to tell this legacy that the BIM project was born.
Initiated by Hervé Riesen and produced by Jérôme Ettinger, BIM is a project of Radio France in partnership with ORTB, the EBU, Rolling Stone Magazine and TV5 Monde. Sponsored by the City of Nantes, Institut Français Paris and Institut Français in Benin.

Also at The PAC on Friday, September 28

The standard bearer of chic: wax fabric, which more and more young African and Afro-French designers are integrating into their designs.

This origin story weaves together a personal, cultural, and spiritual journey – capturing the vibrant tales of Voodoo, West Africa, and the return home of two-time Oscar-nominated actor Djimon Hounsou.

These events are all part of a three day campus-wide festival, taking place Sept 27-29 at Purchase College, State University of New York.
For more information and the complete festival schedule, see www.purchase.edu/globalfestival

Buy tickets to each event individually by clicking the green Buy Tickets buttons.

Angélique Kidjo & BIM Combo $87.50
To buy the combo, place both events in your shopping cart and apply discount code BCAC at checkout. Discount can only be applied if you purchase both events.

Festival Patron Pass $250
Support the festival with an all-access pass. Includes admission to all events at The PAC as well as other college locations, including the Meet & Greet and the exclusive VIP After-Party, plus an Ayodele wax fabric bag made by artisans in Cotonou, Benin and a limited edition, 80+ page bilingual festival catalog containing essays by featured guests. The Patron Pass cannot be purchased online; call the box office at 914-251-6200.