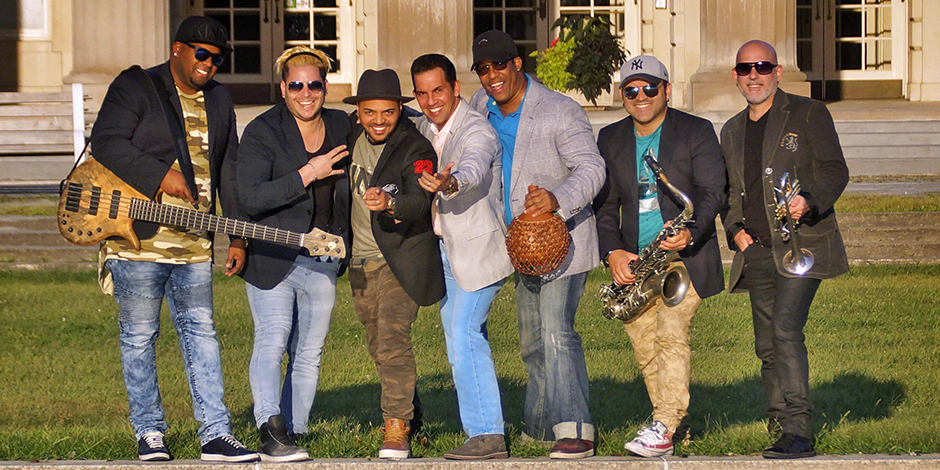 Classically trained at Cuba’s premier conservatories, the members of three-time Grammy-nominated Tiempo Libre are true modern heirs to the rich musical tradition of their native Cuba. The Miami-based group, one of the hottest Latin bands on the scene today, is celebrated for its performances of timba music, an irresistible, dance-inducing mix of Latin jazz and Cuban son.

Timba music came up in the 1970s and 80s. Now legendary bands like Irakere led by Chucho Valdes, and Los Van Van led by Juan Formell, mixed salsa, American funk/R&B and Afro-Cuban folk music with a level of virtuosity that made everyone get up and dance. You may think it’s salsa, but timba goes where salsa won’t.

Tiempo Libre is one of the most successful of the bands that brought timba to Miami and the U.S. They were teenagers in Cuba when timba was brewing. They are equally at home in concert halls, jazz clubs, festival stages, and dance venues, playing sophisticated tropical music — an exhilarating mix of jazz harmonies, contemporary sonorities, and seductive Latin rhythms that will make you want to get up and dance!