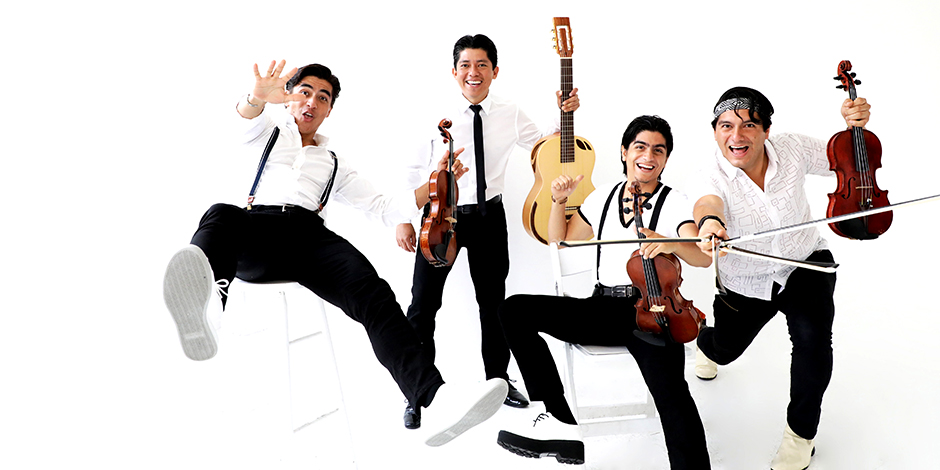 The Villalobos Brothers have performed throughout the world, and taken part in many intriguing projects and collaborations. In 2018, they joined forces with Arturo O’Farrill and the Afro Latin Jazz Orchestra for “Fandango at the Wall.”  This ambitious undertaking, produced by Kabir Sehgal, united legendary international musicians for a live concert at the Tijuana-San Diego border wall, and resulted in a live album and documentary film.

The Villalobos Brothers recently premiered their Symphonic Project, performing sold-out concerts with both the San Francisco Symphony Orchestra and the Walla Walla Symphony; their latest album “Somos” was released in 2019.

Post-Show Meet & Greet
Join us in the lobby immediately after the show for a meet & greet with the Villalobos Brothers. They’ll be signing CDs and programs, and may even play us an acoustic song or two!

Click here to learn more about the Villalobos Brothers.